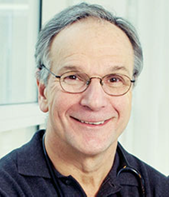 PKAN, or Pantothenate Kinase-Associated Neurodegeneration, and all other NBIA disorders share iron accumulation in the globus pallidus structure of the brain. It remains unclear, however, whether excess iron causes NBIA or is brought on by some other problem.

The results of the trial, which was funded by a European Union grant titled Treat Iron-Related Childhood-Onset Neurodegeneration, or TIRCON, were presented at the Tenth International NBIA Family Conference held May 30 to June 2 in Charleston, S.C. The findings were then published in the July issue of the medical journal, Lancet Neurology.

The lead investigator of the trial in the United States, Dr. Elliott Vichinsky of the University of California, San Francisco Benioff Children’s Hospital in Oakland, discussed the results at the conference. He said that older and younger PKAN individuals showed improvement with deferiprone in dystonia of the lower face and lower legs, as well as in cognitive functioning, especially memory. But the benefit in the younger children, who tend to have a faster-moving, more severe form of PKAN, “wasn’t statistically significant,” he said.

The 18-month trial, which ran from 2012 to 2015, involved 88 patients from the United States, Germany, Italy and England. The trial met the gold standard for research. It was randomized, with some patients getting deferiprone orally and others getting a placebo. Afterward, the trial was extended another 18 months, and the drug was made available to everyone who took part in the trial.

“The drug was well-tolerated, and the safety profile was very good,” Vichinsky told families at the conference.

But because the study did not meet a key goal — showing a statistically important improvement from deferiprone in all age groups — the U.S. Food and Drug Administration hasn’t yet approved it for PKAN. Consequently, Vichinsky encouraged interested families to contact the FDA to advocate for its approval.

To read the full article:

To see his presentation, go to the YouTube channel for the NBIA Disorders Association conference here: