Life-long Friends Support One Another 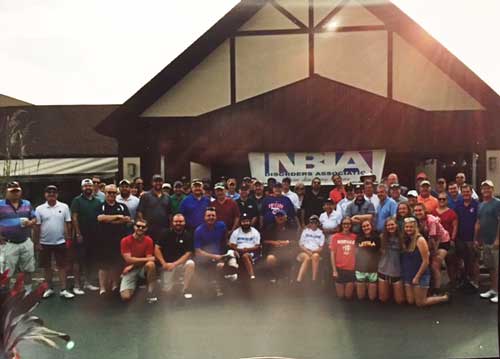 Now into a second generation of family friendships, Al Kowalski and his family showed the power of ties that bind.

The Kowalskis turned their annual family “Outlaw Open” golf outing into a fundraiser for NBIA this year to support their friends, Christie and Kevin Orzechowski. Their two children have an NBIA disorder.

Karri Ann, 31, and Kevin Paul, 27, were diagnosed with Mitochondrial Membrane Protein-Associated Neurodegeneration (MPAN) in 2011. It is caused by mutations in the C19orf12 gene. 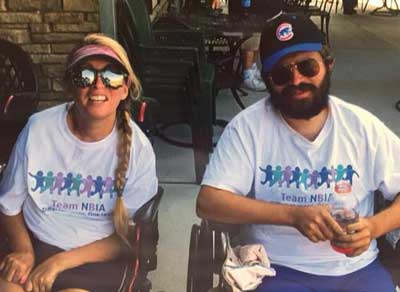 Al, Christie, and Kevin have been friends since grammar school in Chicago. After Christie and Kevin attended the Ninth International NBIA Disorders Association Family Conference in Deerfield, Ill., in June 2017, they were inspired to plan a fundraiser for MPAN research on Jan. 28, 2018. Sharing their plan with Al over the summer triggered his family’s decision to turn the “Outlaw Open” into a fundraiser for NBIA this year.

The Outlaw Open was started many years ago as a way to bring together the brothers-in-law of Al’s wife, Laura. “As she is one of 14 children and one of 10 sisters, there were plenty of ‘Outlaws’ eligible to play,” Al said.

The event has grown to include more family, as well as friends, to an average of 20 to 24 golfers each year. “When we spread the word about the change in this year’s event the family responded, as usual, with their time and energy to recruit golfers as well as help with baskets, setup, golf course duties and after-golf festivities,” Al said. “I’m glad we could help NBIA!”

The result? The group had a big time and raised $7,200 for MPAN research.

Meanwhile, the Orzechowskis are finalizing plans for the January fundraiser. It will be a dinner and concert at Bourbon Street in Marionette, Ill. Gina Glocksen, a former American Idol contestant, will be performing along with her band.

“Since Dr. Susan Hayflick, medical geneticist with a longstanding clinical and research interest in the NBIA disorders, called our kids ‘rock stars’ we thought it only fitting to have a rock concert fundraiser,” Christie said.