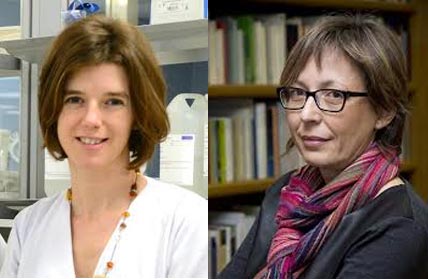 ENACH Asociation, the NBIA organization in Spain, is working with Dr. Belén Pérez-Dueñas, a researcher with The Centre for Biomedical Network Research on Rare Diseases (CIBERER) Unit 703 at the Sant Joan de Déu Hospital in Barcelona. She is leading a project titled “Clinical evaluation and genetic characterization of Neurodegeneration with Brain Iron Accumulation disorders to be funded by TV3 Marathon in Spain.

This project, in which Dr. Carmen Espinós (CIBERER’s Unit 732 at the Centro de Investigación Príncipe Felipe in Valencia) is also involved as Principal Investigator of a subproject, comprises three lines of action: a clinical research line for the development of a PKAN severity scale that could be applied in future clinical trials; a diagnostic one which implies the genetic characterization of NBIA patients; and a social project, since ENACH Asociation will be included in the research project in order to meet and prioritize patient needs.

Currently, there are 46 patients with NBIA disorders from different Spanish communities registered in Spain. The clinical team that oversees these patients includes 11 neuropediatricians and 7 neurologists from 14 Spanish hospitals coordinated by Dr. Pérez-Dueñas, and the laboratory directed by Dr. Espinós, where genetic diagnosis is performed. Given the prevalence of the disease (3 / 1,000,000), the research team hopes to identify close to 120 patients through its close collaboration with ENACH Asociation, along with several awareness campaigns.