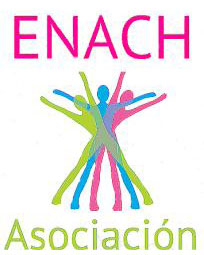 Our sister group in Spain received their non-profit status in April, 2013 and has been working hard to promote NBIA awareness in their country. In May they signed an agreement of cooperation with The Centre for Biomedical Network Research on Rare Diseases (CIBERER), which is one of nine public consortiums set up to coordinate and foster research into rare diseases in Spain.

And in Barcelona in September, Antonio López, from ENACH, facilitated a meeting with Dr. Susan Hayflick, Chair of the Scientific Advisory Board of the NBIA Alliance, Dr. Manju Kurian, from the Institute of Child Health in London, and Drs. Mercedes Serrano, Belén Pérez, Alejandra Darling, and technician Begoña Nafría, all CIBERER members affiliated with Hospital San Joan de Deu in Barcelona, Spain.

During the September meeting, ENACH presented the activities of the association and how they are promoting NBIA awareness and research in Spain. One of their goals is to help identify and establish centers in Spain that specialize in NBIA disorders. Dr. Hayflick discussed the latest advances in her research on NBIA disorders and all of those in attendance expressed their desire to cooperate and offered their mutual support. The doctors exchanged medical and scientific questions related to NBIA disorders and it is hoped that this is the first meeting of many that will be held to help further NBIA research and potential therapies. The CIBERER members will be invited to attend the NA/NBIA Symposium in Stresa, Italy October 30-November 1, 2014, to further this initial conversation.