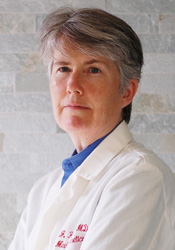 Dr. Susan Hayflick of Oregon Health & Science University has been awarded $45,000 by our organization for her grant titled, “Examining the role of ischemia in the neurodegenerative disease PKAN.” The one year grant period began on December 15, 2014.

Her group will be using the research grant to investigate a connection between PKAN and stroke. Recent studies from their laboratory have identified distinct pathological features, such as nerve cell death and abnormal protein accumulation in PKAN brain tissue. Intriguingly, these features closely match observations of tissue from older patients affected by stroke. These similarities may be explained by hypoxia (lack of oxygen) in PKAN.

Experiments during this study will compare tissue from stroke patients and individuals with PKAN, assess the quantity and quality of blood vessels in PKAN brain tissue, and test the relationship between hypoxia and loss of PANK2 protein in a cell culture model, using special microscopy and image analysis resources available at OHSU. These studies are made possible with access to PKAN tissue donated from affected individuals and their families to the University of Maryland Brain and Tissue Bank and stroke tissue from the Oregon Brain Bank.

Brian Richardson, Ph.D., a Senior Research Associate in the Hayflick laboratory, will be performing the majority of this work. Dr. Richardson joined the OHSU group in January, 2014, and has extensive training in microscopy and cell biological analysis.

Results from these studies will be used as preliminary data for a larger NIH research grant application. A link between PKAN and stroke would suggest new approaches to therapeutics that may be effective in treating the underlying mechanisms that lead to disease progression.