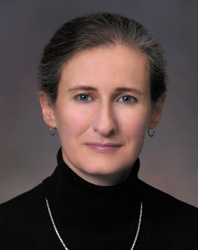 NBIA researcher Dr. Penny Hogarth has been awarded startup funds to pursue a new area of NBIA study and to develop tests for gauging severity of the illness.

Hogarth’s NBIA Research Group at the Oregon Health & Science University will develop and test scales for rating the impact of NBIA on affected individuals to improve understanding of how NBIA symptoms progress.

To develop and test rating scales specific to NBIA, the group will use a set of tools recently developed by the NIH. These tools measure motor, sensory, cognitive and behavioral function. In other words, how people move, feel, think and behave. The tests are designed to be short and simple.

Using this system, individuals being studied and their families can access the online rating scales from the comfort of their homes.

Having the ability to rate the natural progression of NBIA is critical to future NBIA-related clinical trials. This information will help researchers and physicians understand if therapeutics administered during a clinical trial are helping.

BPAN shares certain features with Rett syndrome, including seizures, loss of language skills, unusual hand movements and impaired sleep, as well as some genetic features. It is hypothesized that some individuals that meet the clinical criteria for Rett syndrome, but lack mutations in the Rett gene MECP2, will be found to carry mutations in the BPAN gene WDR45.

The NBIA Research Group at OHSU is working closely with the Rett syndrome community in the U.S. and Europe in hopes of identifying these individuals.