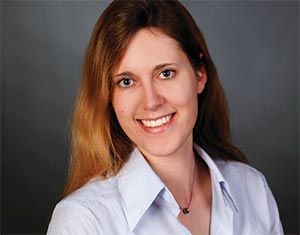 A recent study of Beta-propeller Protein-Associated Neurodegeneration (BPAN) gained promising preliminary insights in how the defective BPAN gene may cause breakdowns in the cell clean-up process as well as iron accumulation.

BPAN is now believed to be the most common of the NBIA disorders.

The research on the mutated BPAN gene, WDR45, was led by Dr. Lena Burbulla who was working at Northwestern University in Chicago at that time. She received a 2019 grant for 65,000 euros, equal to about $73,000.

The grant was funded by AISNAF in Italy, Hoffnungsbaum e.V., in Germany, and the NBIA Disorders Association. AISNAF managed the grant.

The WDR45 gene is involved in autophagy, a mechanism by which unneeded components of the cells are broken down and recycled. To date, it is not clear how the mutated gene leads to the brain iron accumulation, along with all of the disease features observed in patients with BPAN.

In the study, Burbulla first generated neurons from induced pluripotent stem cells (iPSCs) derived from small flaps of patients' skin. She examined the neurons’ autophagy process, which ultimately leads to the breakdown of proteins in the lysosomes. Lysosomes are organelles, i.e. "small organs" within a cell, and are mainly involved in collecting cell waste and transporting it outside the cell. The lysosomes in BPAN neurons probably have defects and are only able to dispose of proteins and cell organelles to a limited extent. This could also affect iron-binding proteins, among other things.

If confirmed in further studies, it could be a possible explanation for the pathological accumulation of iron observed in the neurons of BPAN patients. When examining the neurons, an accumulation of neuromelanin was also found, which may be due to poor iron regulation. Neuromelanin is, in fact, one of the molecules that can bind iron and typically is present in dopaminergic neurons — the neurons most affected in BPAN.

Another project goal was to create more sophisticated models of the disease. Using the pluripotent stem cells of patients, Burbulla was able to create three-dimensional cellular structures that, although much simpler than the human brain, allowed her to mimic and study the pathology in a system similar to a small brain. Analysis has confirmed that mini-brains contain structures typical of regions of the brain affected by BPAN, and have shown defects similar to those observed in simpler cell models, such as decreased lysosomal enzymes and neuromelanin accumulation.

The project’s third objective was to explore therapeutic strategies. Preliminary results using antioxidant molecules showed a partial improvement in defects in the models. Ultimately, the findings, while preliminary, opens up new and interesting perspectives on the functions of the WDR45 gene.

Burbulla recently moved to the Biomedical Center at Ludwig-Maximilians-University in Munich, where she heads the "oxDOPAMINE" project funded by the European Research Council as part of the SyNergy Cluster of

Excellence. In this project, she will investigate why nerve cells in the midbrain are susceptible to an accumulation of the oxidized neurotransmitter dopamine and subsequently degenerate. Because she suspects that in addition to a defective dopamine metabolism a disturbed iron balance also plays a critical role, she wants to focus on rarer neurodegenerative diseases in addition to the relatively common Parkinson's disease. BPAN research will be included in her work.