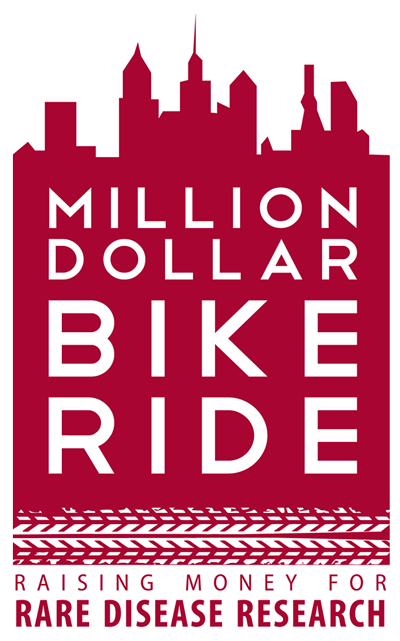 A cycling team representing the NBIA Disorders Association raised over $50,000 for BPAN research and will have the full amount matched for taking part in the University of Pennsylvania Health System’s fourth annual Million Dollar Bike Ride for rare disorders.

Penn Medicine is now requesting letters of interest by Sept. 18, 2017, from the international scientific community for grants to study the diseases designated by the riders at the May bike ride in Philadelphia. Full applications are accepted by invitation only after letters of interest are reviewed.

Ultimately, two grants of $50,507 each will be awarded for BPAN. For more information please go to http://www.med.upenn.edu/orphandisease/rare-disease-overview.html.

Kimberly Burke of Laverock, Penn., whose daughter, Audrey, has BPAN, said families are relying on organizations like Penn Medicine and the National Institutes of Health to finance research projects.

“My husband Doug is part of the NBIA disorders team riding to raise funds to support research for BPAN,” she said. “We are working hard for Audrey and all the others with this rare disease to find a cure for BPAN.”

The matching money comes from Penn’s Orphan Disease Center. Each year, the center raises $1 million for rare disease research from philanthropists and corporate donors. Their donations are used to match the money raised by the riders, dollar-for-dollar, up to $50,000. In addition, all teams receive a percentage of the funds raised by registrations, which accounted for another $1,104 for our team this year.

Team NBIA Disorders had help from many BPAN families who held fundraisers in their communities and asked that donations be put toward reaching the $50,000 goal for this year’s bike ride. It was an inspiring effort that culminated in reaching that goal in just a few months, with all funds raised beyond that amount going to our organization’s BPAN Research fund.

Although Penn’s Orphan Disease Center will manage the grant, our organization is closely involved. We submitted the request for applications and ensured that it matched our BPAN research priorities. The members of our Scientific & Medical Advisory Board who are not involved in BPAN research and do not have any conflicts of interest will review the submissions. At the completion of the grant award we also will get a report on the research to distribute to our NBIA community.

We have notified scientists in our research database about this opportunity to compete for the BPAN grants.

In addition to two BPAN awards from this year’s ride, the NBIA Disorders Association is finalizing a separate BPAN grant award from our spring 2017 grant cycle. We will announce details on our website and social media as soon as this is completed. In addition, we expect to have a 2018 request for BPAN grant applications in the spring with money earmarked for the disorder in our research fund.