Neurodegeneration with Brain Iron Accumulation (NBIA), is a group of rare, genetic neurological disorders, characterized by the progressive degeneration of the nervous system.

To date, 10 genes are associated with types of NBIA. The genes and the form of NBIA identified thus far are:

The common feature among all individuals with NBIA is iron accumulation in the brain along with a progressive movement disorder. This is especially seen in regions of the basal ganglia called the globus pallidus and the substantia nigra. The basal ganglia is a collection of structures deep within the base of the brain that assist in regulating movements. The exact relationship between iron accumulation and the symptoms of NBIA is not fully understood.

The frequency of NBIA in the general population is estimated between 1-3/1,000,000 individuals.

Affected individuals can plateau for long periods of time and then undergo intervals of rapid deterioration. Symptoms may vary greatly from case to case, partly because there are different genes causing NBIA. Also, different mutations within a gene could lead to a more or less severe presentation. The factors that influence disease severity and rate of progression are unknown.

Many individuals eventually lose the ability to walk, talk or chew food and become totally dependent on others for their care. 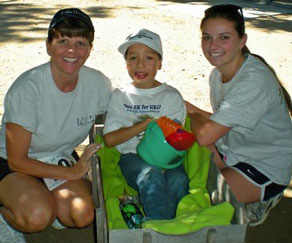