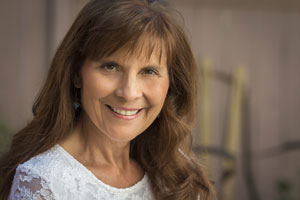 Patricia Wood is founder and president of the NBIA Disorders Association. She’s also living proof that nothing motivates a parent like a sick child.

Her daughter, Kimberly, who has idiopathic NBIA, was just 10 when Wood, frustrated by a lack of help and resources for families affected by NBIA, started the organization in 1996. She was determined that no others be forced to take the journey alone.

After 16 years as a volunteer for the organization, Wood became a part-time employee in 2012. She remains an officer in the organization but is no longer a voting board member.

As president, Wood is responsible for the day-to-day running of the organization, research grant administration, family support, organizing biennial family conferences and serving as the liaison to other non-profit organizations, corporations, research institutions and medical professionals.

She and Kimberly live in San Diego where they share a love of watching 3D movies. Wood also enjoys walking on the beach in nearby Coronado, one of their favorite spots, as well as biking, hiking and playing in the sun. 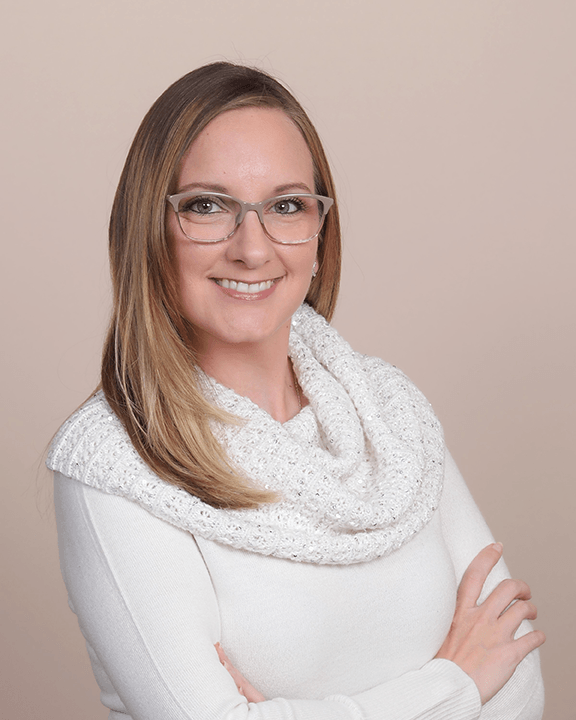 Amber Denton of Houston joined the NBIA Disorders Association Board of Trustees in October 2019 and quickly took on a leadership role as chair of the board’s Development Committee, which aides in fundraising and bringing awareness to all NBIA disorders. In February 2022 she was elected Vice President and will fulfill this role in addition to leading our Development Committee.

Denton is committed to helping the NBIA Disorders Association achieve its goals and says she found the organization to be the soft-landing place she and her family so desperately needed after Sydney’s devastating diagnosis.

Denton has raised awareness about NBIA disorders through the media and is a prolific and skilled fundraiser. She and her husband, David, along with local NBIA families, have been hosting events in their Houston community to fight NBIA since their daughter, Sydney, was diagnosed with Beta-Propeller Protein-Associated Neurodegeneration (BPAN) in January of 2017. Denton also leads major fundraising and awareness campaigns throughout the year such as Rare Disease Day, Million Dollar Bike Ride, and GivingTuesday. These campaigns bring critically needed funds to the organization and raise awareness for all NBIA disorders. Denton also self-published a children’s book, Sydney’s Song, with all proceeds going to NBIA Disorders Association. She dedicated the book to her daughter, celebrating her love of communicating in the only way she knows how: singing the tunes to her favorite songs.

Denton earned a bachelor’s degree in Human Development and Family Studies from the University of Houston in 2007. She currently works as a Primary Instructional Specialist and coaches teachers at an elementary school in Houston. In her free time, she enjoys spending time with her family, cooking, and cake decorating.

The Denton’s also have a son, Brady, who is a wonderful big brother to Sydney. He is a school-loving percussionist who will soon join the marching band. Sydney is a happy-go-lucky little girl who is slowly changing the world with her love of music and beautiful smile. 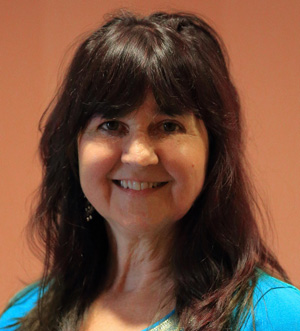 Mary Tapke of Cincinnati came to the NBIA board through her friendship with Patricia Wood, the group’s founder and longtime president. Tapke and Wood were neighbors growing up, so when Wood asked Tapke for help with the NBIA Disorders Association, Tapke gave Wood the only answers she could: She was in.

She has a background in managing global clinical trials in oncology, women’s health, arthritis and gastrointestinal diseases.

Tapke worked at Procter and Gamble for over seven years, and after that, she was a research contractor for several pharmaceutical companies. She is now retired and stepped down from the board in 2017, but continues to serve as secretary and an officer of the organization, and has the thankless job of writing up the board’s minutes.

Tapke lives with her husband, Tom, and enjoys kayaking and cycling at their lakeside vacation home. 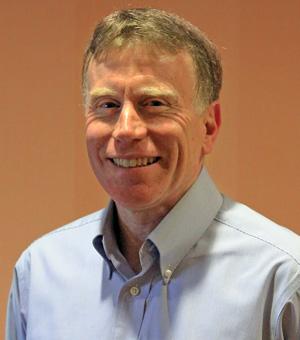 Rick Tifone of Gibsonia, Pa., served on the NBIA Disorders Association board from 2011 until 2018. His current role is treasurer. He also leads the board’s strategic planning process and makes sure the board members stay on track with their commitments to complete tasks outlined in the plan.

Tifone also reviews the organization’s financial statements and is known for his diligence in tracking spending and progress on research goals.

He has two adult children, Adam and Lauren. Adam was diagnosed with PKAN when he was a teenager in 2007.

Tifone earned an MBA from the University of Pittsburgh's Katz School of Business. He enjoys golfing, fishing and gardening. 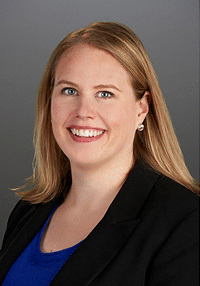 Sarah Doerr of Minneapolis, Minn., joined the NBIA family in 2018, when her older son Max, then 5, was diagnosed with PKAN, one of the most common NBIA disorders.

Doerr is a lawyer specializing in bankruptcy cases and is a shareholder in a Minneapolis law firm. After Max’s diagnosis, she and her family quickly mobilized to promote awareness of NBIA disorders and to raise funds for PKAN research.

Doerr served on the planning committee for the 2019 NBIA International Family Conference in Charleston, S.C., and joined the NBIA Disorders Association Board of Trustees in August 2019. She considers the NBIA community and individuals living with NBIA disorders to be a constant source of inspiration and intends to use her professional and personal advocacy skills to improve the lives of NBIA families. Doerr says she is hopeful effective treatments are on the horizon.

In her spare time, she can be found playing tennis, enjoying the Minneapolis lakes and chasing her two high-spirited, imaginative sons. 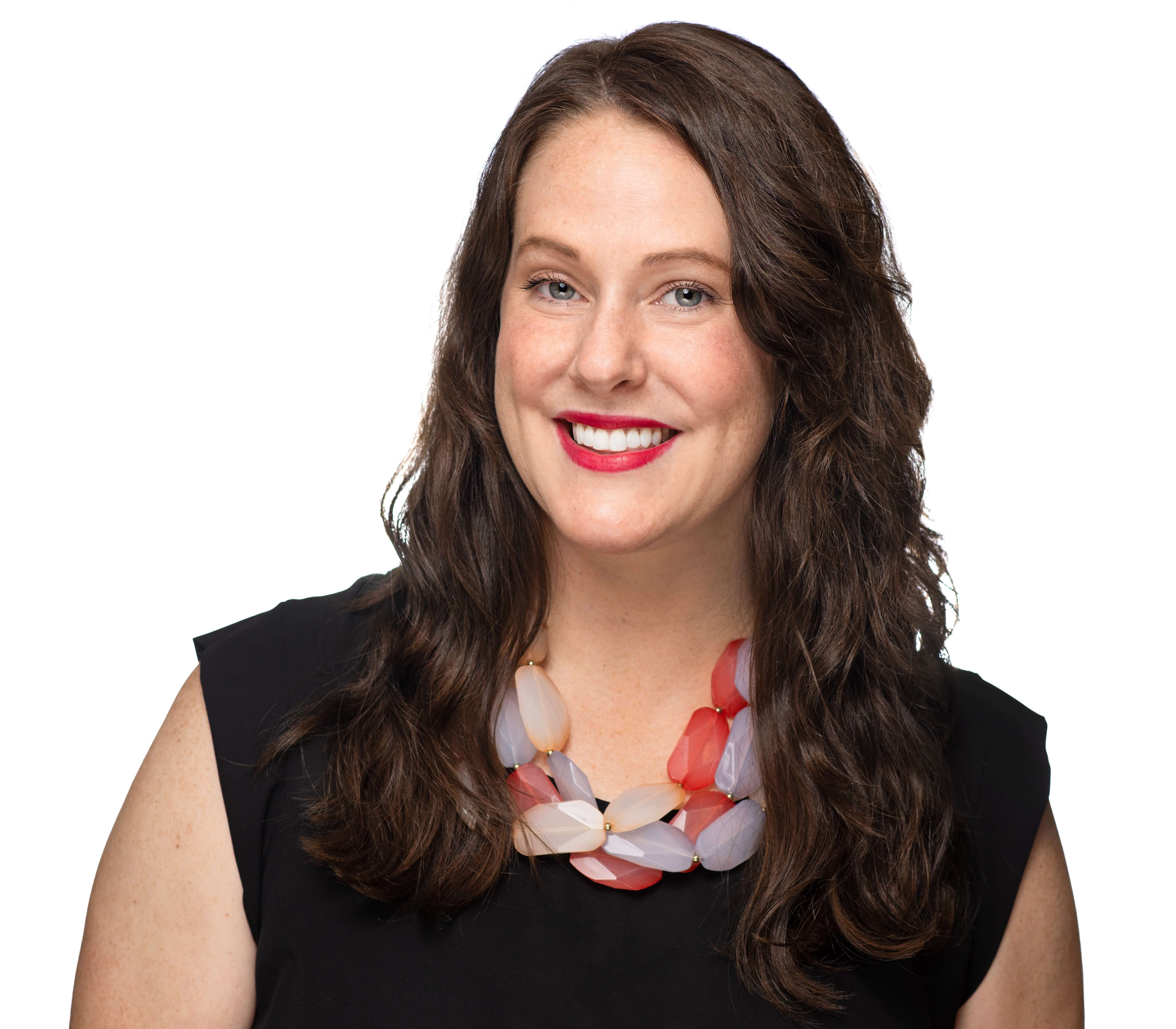 Carolyn Banik of Indianapolis, Indiana, joined the board in August 2022, six months after her daughter, Madison, 4, was diagnosed with BPAN. Banik had been seeking a support group of families when she found a sense of community with the NBIA Disorders Association. She immediately began networking and fundraising for the organization as Maddie B's Army. In her first year, she raised over $75,000 for BPAN research.

Banik and her husband have lived in various Midwestern cities and have an extensive network, enabling them to raise awareness about BPAN and the NBIA Disorders Association. She has taken her devastation from the diagnosis and turned it into eagerness to advocate for Maddie and others affected by this rare group of disorders. Banik enjoys Sunday dinners with extended family, who live in her neighborhood, walking and exploring with Maddie, organizing, refurbishing things and anything crafty. 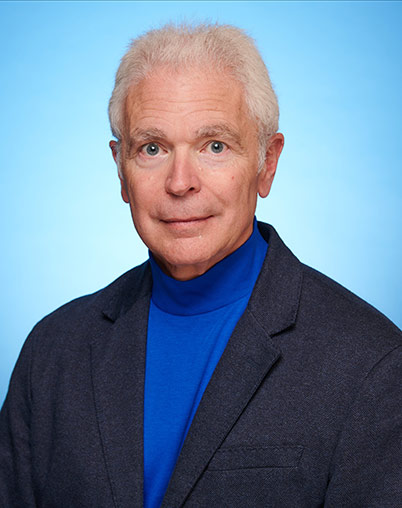 Dr. James A. Bourgeois lives just north of Austin in Georgetown, which calls itself home to the “most beautiful town square in Texas.” He chairs the Department of Psychiatry at Baylor Scott & White Health’s Central Texas Division. He also is a clinical professor of psychiatry with the health system’s affiliated school, Texas A&M University’s Health Science Center College of Medicine.

Bourgeois is married to Kathleen M. Ayers, a doctor of clinical psychology and a faculty member and administrator for The Professional School of Psychology in Sacramento, California. The couple have two grown children, Emile, a mechanical engineer in Seattle, and Germaine, or “Gigi,” who was diagnosed with MPAN, a form of NBIA, in 2017. Gigi works at Brookwood in Georgetown, a highly innovative vocational community for developmentally disabled adults. Bourgeois says that Gigi’s job opportunity sealed the deal for the family’s move from California to Texas. 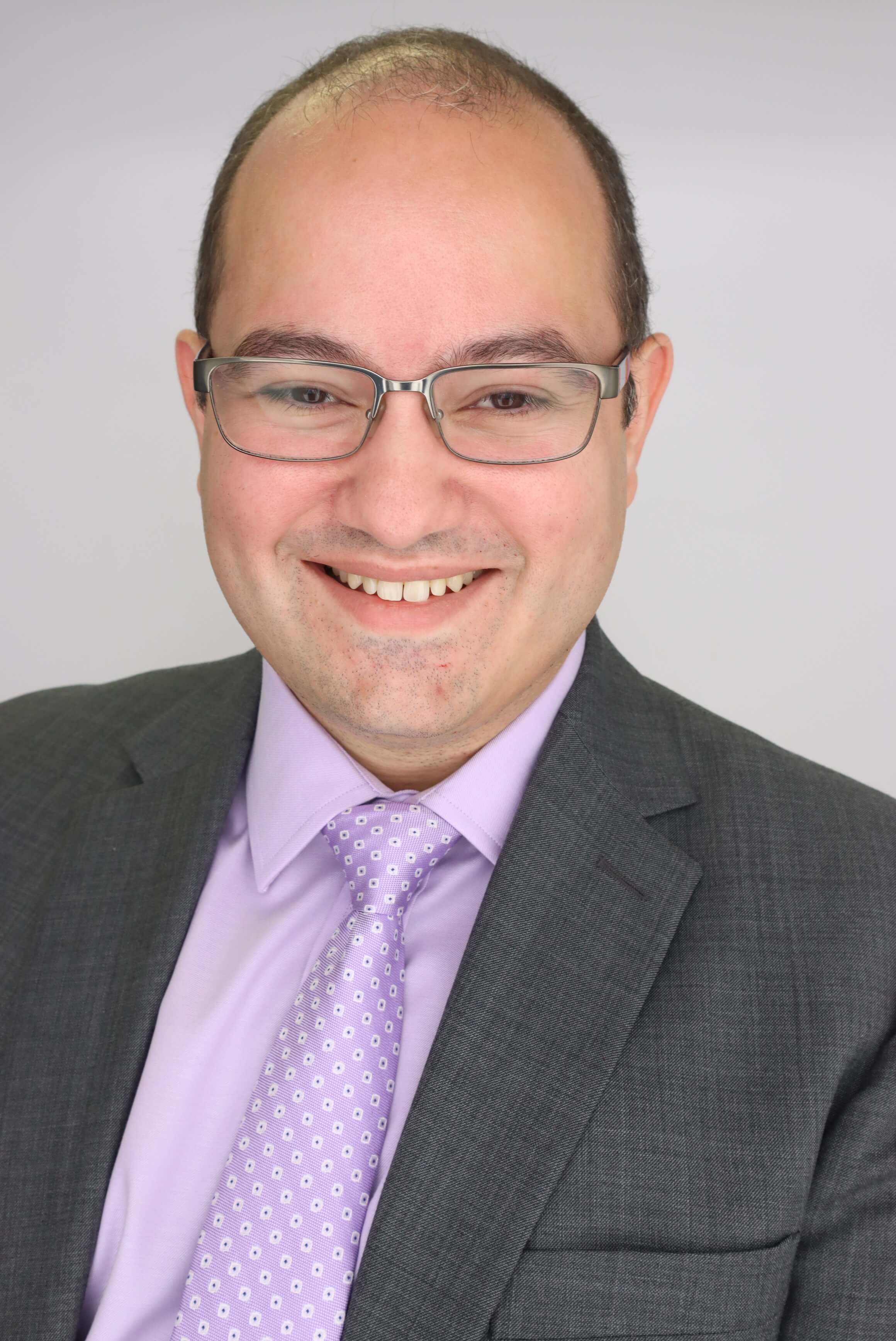 Jeff Gartman joined the NBIA Disorders Association board in August 2022, about four years after his son Levi, then 6, was diagnosed with Classic PKAN. The family attended the organization’s international conference in 2019 where they met many others who understood their NBIA journey and helped them learn about wheelchairs, feeding support, medicines, treatments and more. Levi died in March 2022, two months shy of his tenth birthday. He was a very happy kid, an entertainer and a fighter. Gartman joined the board to give back to the community.

He works for the Mayo Clinic’s Center for Digital Health as director of Delivery Management and is responsible for web and mobile project delivery and governance. He loves seeing how digital tools can improve a person’s health care experience and previously held leadership positions in digital technology delivery and operations at Cigna and Evernorth.

Gartman is a native New Yorker who now lives in South Windsor, Connecticut, with his wife Danielle, daughter, Lilah (a carrier who is unaffected by PKAN) and goldendoodle, Simba. He holds a degree in Information Sciences and Technology from Penn State, and an MBA from the University of Connecticut. He enjoys traveling, running and spending time with family and friends. 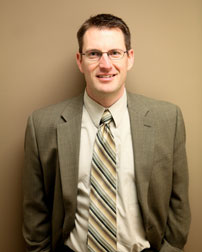 For Matt Ritzman and his family, the NBIA Disorders Association was the lifeline they needed after his daughter, Josie, was diagnosed with the PLAN variety of NBIA in February of 2013. The support, stories of hope and the connections to other families, medical professionals and researchers made their NBIA journey much more enjoyable, he says.

Ritzman, who lives in Oakland, Calif., joined the board of trustees in February, 2017.

He is a consultant in the computer-aided facilities management field, which uses software and other technology tools to help manage office space and buildings more efficiently. Ritzman said that in his job he helps “mid-to-large-sized companies find and keep track of all their stuff… like putting together classroom seating charts on a grand scale.”

He is an avid cyclist who said he’d rather be riding with Josie on their special bicycle built for two than doing “just about anything else in the world.” We assume that includes attending scintillating meetings of the NBIADA board. 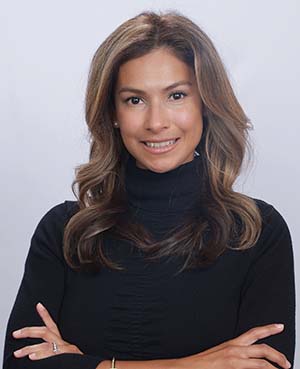 Jennifer Sanchez of Houston has served on the NBIA Disorders Association’s Development Committee since fall 2019, and two years later, she joined the organization’s board of trustees. Sanchez has worked energetically with the NBIA Disorders Association and Houston’s BPAN tribe on awareness campaigns and fundraising events to foster a sense of community and collaboration. She believes that when we share our experiences, we are better informed and empowered to navigate the rare disease terrain with greater confidence.

Her daughter, Sophia Madeleine, was diagnosed with BPAN in January 2017 after a 10-year odyssey. During that time, Sanchez learned to be an unapologetically persistent advocate for Sophia. Shortly after her daughter’s diagnosis, Sanchez attended the NBIA Disorders Association International Family Conference in Chicago where her spirits were renewed. She left the conference with a new mission: to work together to find a cure for all NBIA disorders.

Before she became Sophia’s full-time “concierge and chauffeur,” Sanchez worked for 16 years in mortgage operations management as a secondary markets manager. Today she lives with Sophia, her husband, Walter, and their four-legged fur-baby, Thor. In her spare time, Sanchez enjoys mystery novels, dancing, costume design and going for long walks and bike rides with Sophia. 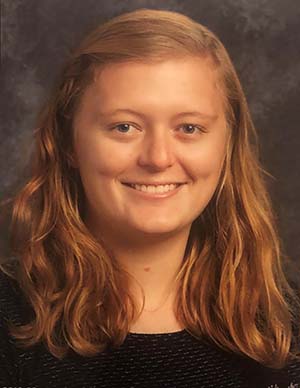 Vanessa Smith of Hendersonville, Tennessee, first heard about NBIA Disorders Association when her cousin, Madi Mumm, was diagnosed in 2016 with BPAN, now the most common of the NBIA disorders.

Smith graduated from Olivet Nazarene University in 2019 with a bachelor of science in biology. She has a passion for genetics, research and rare disease. She works in newborn screening, but has set her sights on becoming a genetic counselor.

She and her husband, Tim, have a 6-month-old daughter, Rosie. In her spare time, she enjoys spending time with her family and taking their dog to the dog park. 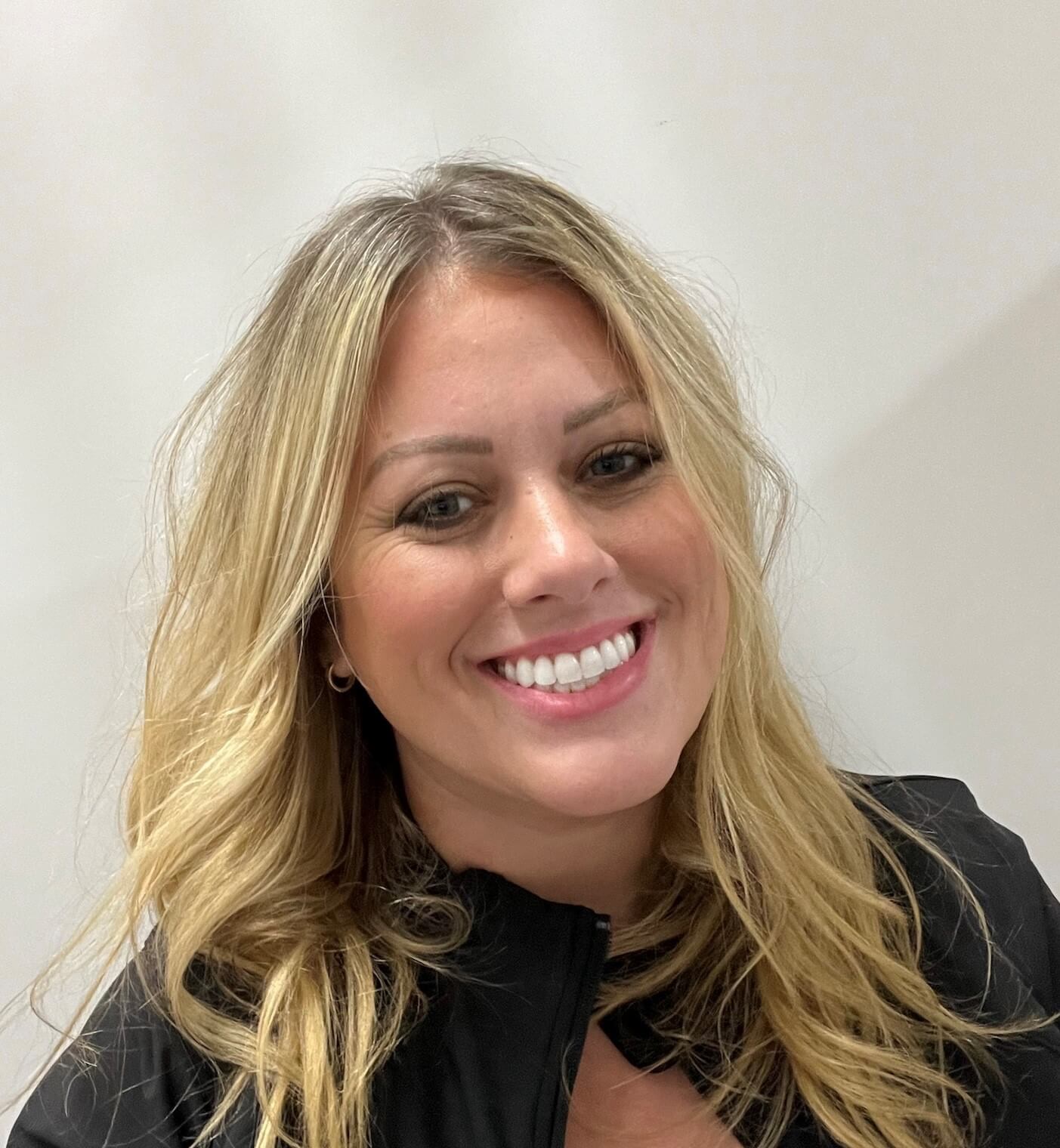 A resident of Huntington Beach, California, Wildvank is an account manager in the tradeshow industry. She is driven to be an advocate and a voice for her daughter and other individuals with special needs. She and her husband, Branden, also are the parents of Dahlia’s brother, Teddy. Wildvank enjoys traveling, reading, writing and watching soccer, hockey and reality shows. She says she is doing her best to keep shopping malls alive.